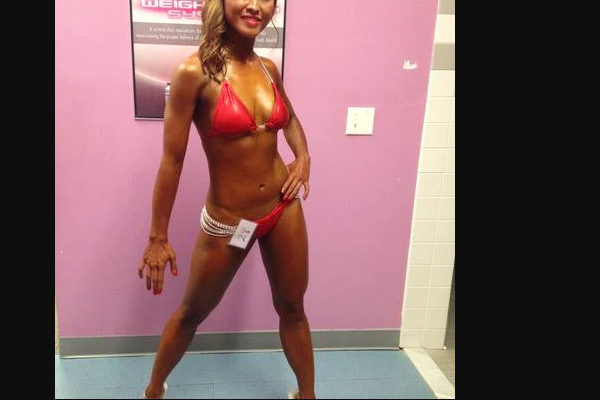 My second profile picture is from the year after I graduated from college; I gained 20 lbs in one year. It was the heaviest I had ever been. When you have a desk job, are not active, and eat like you're still in college, it catches up to you quickly. The third picture is of my first transformation. I signed up for the gym in April 2007, got a trainer to train me, lost 25 lbs and was in the best shape of my life. I lifted about three to four times per week then, and was very consistent at the gym for about 1 1/2 years. (Yes, I did have a trainer that entire time and learned the basics of weight lifting and fitness. He's actually the person that open my eyes to fitness. He was a very inspiring guy who was in his late 60s at the time.) I didn't really know much about nutrition at that time, but I know I was mindful of how many calories I consumed per day and I did try to consume between 900 - 1300 per day. I was on and off with working out between 2009 and 2011, didn't lift as much, ate whatever the hell I wanted, had no motivation and got too comfortable. And so, it all started catching up to me once again. I start to be consistent at working out and tracking calories again in April 2012. I lost about 30 lbs over a period of 1 1/2 years. I did that all on my own through research. I still didn't know much about nutrition -- all I knew was that I should be cutting carbs and calories. In January 2014, I got a coach because I wanted to compete, since I want to challenge myself. I was following a meal plan and did learn many things, but at the end of 12 weeks, I was craving sugars and was moody. The food choices definitely have to do with it. In May 2014, I got a difference coach who specializes in IIFYM. I understand much more about nutrition, the importance of macros (protein, carbs, fat, fiber) and micronutrients. I was eating a lot more to compare to my first transformation. I also did learn a lot of things about training. So there you have it -- that was my fitness journey. Everyone start somewhere. Everyone's gotta learn. Everyone goes through mistakes. The most important thing that fitness taught me is that there are no shortcuts in life. If you want something, you gotta really research, set goals, and be consistent about it. Remember that!

Fun, motivated, and lot of feedback on form and nutrition

Hello, my name is Megan and I am a certified personal trainer and also stay at home mom to two little boys…

Hi, my name is Nicholas. Too often I see trainers built on social media platforms with no formal education or…