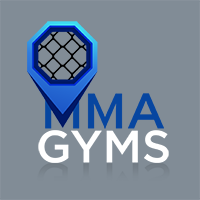 What is MMA and How it Got Started

MMA stands for Mixed Martial Arts; a combat sport consisting of striking, takedowns, and ground fighting between two competitors in a ring or cage. Fights are decided by knockout, submission, referee stoppage, or judges scorecards. Punches, kicks, knees, and elbows are all permitted, along with throws, chokes, and joint locks. Matches are typically 3 to 5 rounds, and usually 5 minutes each. MMA is as close as most would like to get to an actual street fight or combat situation, while still operating within a specified ruleset and realm of safety. MMA has now become a hybrid collection of all the martial arts that came before it.

There’s no question that the sport of Mixed Martial Arts has hit the mainstream, and is more popular than it has ever been. It is one of the newest and fastest growing international sports to date. The term itself was coined by one of the announcers during the first Ultimate Fighting Championship held in Denver, Colorado in 1993. In that first no rules, bareknuckle, no holds barred fighting tournament audiences saw for the first time what real, raw fighting looked like. 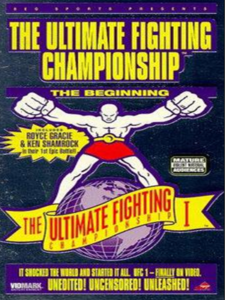 It is impossible to talk about MMA without mentioning the Gracie Family, the pioneers of ground fighting and Brazilian Jiu Jitsu. Years before the UFC, the Gracies were testing their martial arts style against any martial artist who would take the challenge. The ‘Gracie Challenge’ became famous in the world of martial arts; the Gracies offered an open challenge to any fighter in no-rules bareknuckle combat. The Gracie In Action, a film put together in the late 80’s by Rorion, documents these challenges as the Brazilian Jiu Jitsu fighters take down and eventually force their opponents to submit or be rendered unconscious.

To bring Brazilian Jiu Jitsu to the ultimate proving ground, Rorion Gracie and Art Davies put the Ultimate Fighting Championship together with a cash prize for the winner.The eight man tournament of UFC 1 ended with Royce Gracie, the younger brother of Rorion, submitting all 3 challengers in the evening. What the world saw was a smaller, less athletic guy beat much larger opponents with relative ease, using technique, leverage, and strategy to make them submit. UFC 1 instantly spread by word of mouth to all fight fans, martial artists, and tough guys that there was a real life version of the arcade game Street Fighter and the movie Bloodsport taking place.

Royce Gracie dominated 4 of those first 5 UFC tournaments, succumbing to injury in UFC 3 after beating Kimo Leopaldo. By that time Royce had effectively shown that Gracie Brazilian Jiu Jitsu was effective against any opponent and any style of marital art. He was able to fight several fights by conserving his energy and using leverage and technique over strength and aggression. Fighters across the world were put on notice: BJJ was a legitimate force, and if they didn’t understand how to deal with it, they would be at the mercy of someone who did.

The UFC continued to grow slowly. Each event was slightly different, featuring Karate masters, Judo practitioners, Greco-Roman Wrestlers, Sambo fighters, plain old Street Fighters, and even Ninjas. For so many years martial arts schools had grown around the U.S. teaching moves and techniques designed for self-defense, combat, or competition. Each UFC showed a little more of what worked and what did not, what was effective and what was useless.

Kickboxers began to realize they had to know how to grapple, that they were helpless if taken down. Grapplers had to learn to wrestle, because if they couldn’t take down a wrestler or striker they had no chance. The UFC forced the evolution of fighting by continuously highlighting shortcomings in each martial art. Eventually the tournament style format of the UFC became unsustainable, with competitors fighting 3 or even 4 fights in one night. Injuries forced some of the heavily favored fighters out of the tournaments early, or they were so completely exhausted after fighting multiple opponents that they gave lackluster performances.

As the Ultimate Fighting Championship waxed and waned in the eyes of public opinion in the U.S., Pride Fighting Championship was making a name for itself overseas in Japan. Initially adopting a similar tournament style format as the UFC, Pride featured another legendary member of the Gracie family, Rickson Gracie, who still holds an undefeated record. By the early 2000’s several organizations

As the sport grew in popularity, so did the audience and the prize money. Fighters realized they could make a living testing their skills in the cage or ring, and began to train as professionals. By 1997 the UFC was implementing weight classes and making fighters wear padded gloves. Rules were developed and refined, sanctioning bodies were put in place, and bit by bit Mixed Martial Arts was becoming a sport.

Aside from the two major organizations Pride Fighting Championship and the UFC, numerous smaller organizations were popping up by early 2001, allowing for a ‘minor leagues’ of sorts for up and coming fighters. Slowly MMA fighters were becoming household names, earning sponsorships and multi fight contracts as major networks started to broadcast fights during prime time. As the pay improved, so did the talent. 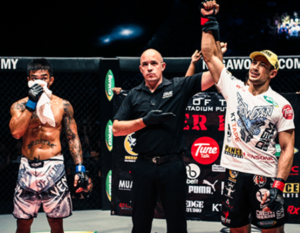 Full time martial arts training became a possibility for many fighters now. If a fighter was a Muay Thai specialist, they could afford to bring in a Brazilian Jiu Jitsu Black Belt to show them how to grapple. If they were a Wrestler, they could hire a pro Boxer to tune up the striking skills. Fighting Gyms started to pop up all across the United States as well as internationally, often featuring a specialist in what is essentially 3 disciplines: Striking, Wrestling, and Ground Fighting. As more and more people cross-trained and shared knowledge and techniques with each other, the sport continued to evolve and its’ popularity continued to grow.

Fights are different now from the early days of MMA. There is a scoring system, there are judges, there are rules, multiple weight classes, and promo videos.Fighters know who they will face often months in advance. They go through vigorous training camps before fights, and train like professional athletes. While there are still specialists in one discipline or another, nearly all top MMA fighters are well rounded and have at least a base in Wrestling, BJJ, and Boxing or Muay Thai. These 4 styles of Martial Arts are the ones that rose to the top and mix well together over the past 30 or so years.

The sport of MMA is continuing to evolve and grow. The boundaries are constantly expanding, and each new generation of fighters build on the knowledge of all previous ones. MMA is no longer an underground phenomenon, it now boasts its’ own segment on all major sports networks, regular commercials, and sponsorships by major brands. MMA fighters are international superstars, and MMA gyms flourish worldwide.

What is MMA? Mixed Martial Arts is still fighting. It is the collective and continual evolution of all combat arts for across the globe, tested regularly between two competitors in a limited rules environment. New moves and techniques are constantly being developed or re-discovered from the older traditional martial arts. MMA is both a sport and a modern fighting art following the wisdom of Bruce Lee: “Take what is useful, discard what is not, add what is uniquely your own.”