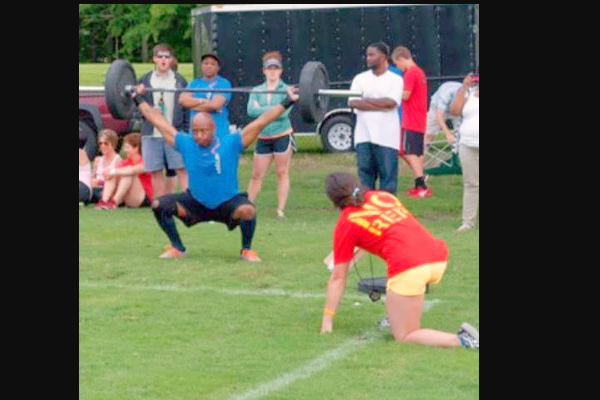 When I was growing up, I lived in a little town called Seneca, South Carolina. I graduated from Seneca High School in 1991. I was a volunteer coach for track from 1991-1995 at my formal high school. I loved coaching the kids from year to year watching how they evolved into young men. As the years passed, I became more and more out-of-shape. I took a long look in the mirror and didn't recognize the person I had become. I started reminicing of my younger days and how "fit" and "in shape" I was. I topped the scales at 220. It was at that moment I knew I needed to make a change. So in 2010, I began to workout daily. In the beginning of 2011, a co-worker and a good friend approached me about becoming a personal trainer. After giving it some thought, I decided it was a great idea. I became a personal trainer and received my certification in 2011.

You will start with a warmup that will get your muscles ready for the movements that will be in the workout. Once the warmup it done, there will be a strength or mobility session. The workout will be customized for your health and fitness needs. Then you will have a cool down session before you leave the gym. You will be using free weights and bodyweight only. Dumbbells, kettlebell, med balls, plyo boxes, barbells, bands and jumpropes.1572 West Roosevelt Blvd Monroe, NC 28110